“Scales.” The very word strikes fear into the hearts of piano students around the world. Why on earth would you want to practice scales, anyway? They’re so unbelievably boring and tedious that there couldn’t possibly be any benefit to practicing them. Why learn piano scales? 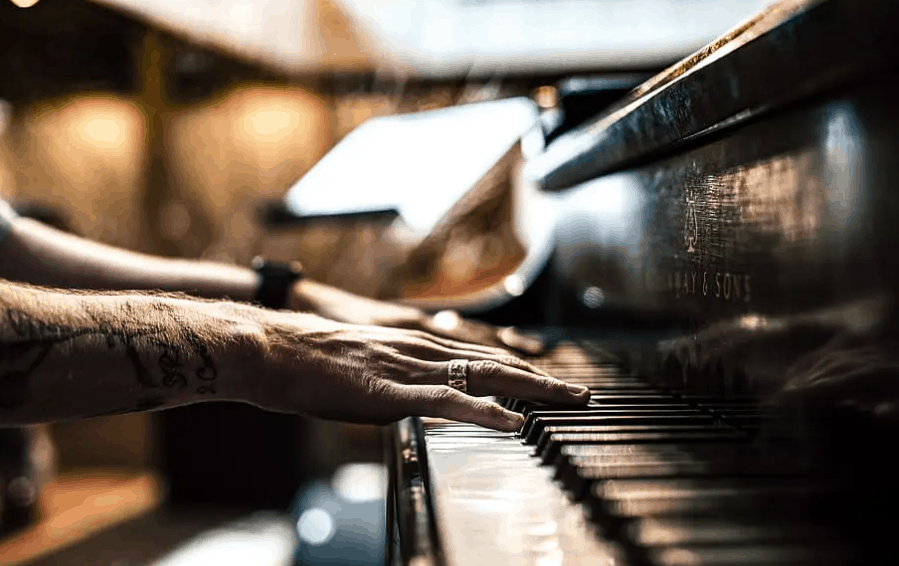 If this sounds familiar, then you aren’t alone. I’ll confess that I never really practiced my scales as a child. I suffered for it, and it meant that I didn’t develop as a musician nearly as quickly or as thoroughly as I could have.

Contents show
Why Learn Scales?
Why Fingerings Are So Important
How to Practice Scales
Get the fingerings right
Play slowly
Use a metronome
How Long Should You Practice Piano Scales?
What Else Should I Be Practicing to Improve My Piano Technique?

Scales are the building blocks of all piano playing. No matter what music you play, from whichever era in whichever genre, chances are you will experience scales somewhere in the piece. The fundamentals of western classical tradition, and by extension all music that followed (jazz, pop, rock, etc) are based on scales.

A big part of the problem with pianists nowadays is that they don’t practice fundamentals of technique, such as scales and sight reading. And in some ways, I understand why; scales and sight-reading aren’t pleasant to practice if you’re not very good at them. Coupled with the fact that most students only really want to play a particular piece, people neglect their scales. Many students don’t even think about scales until they need to do an exam. 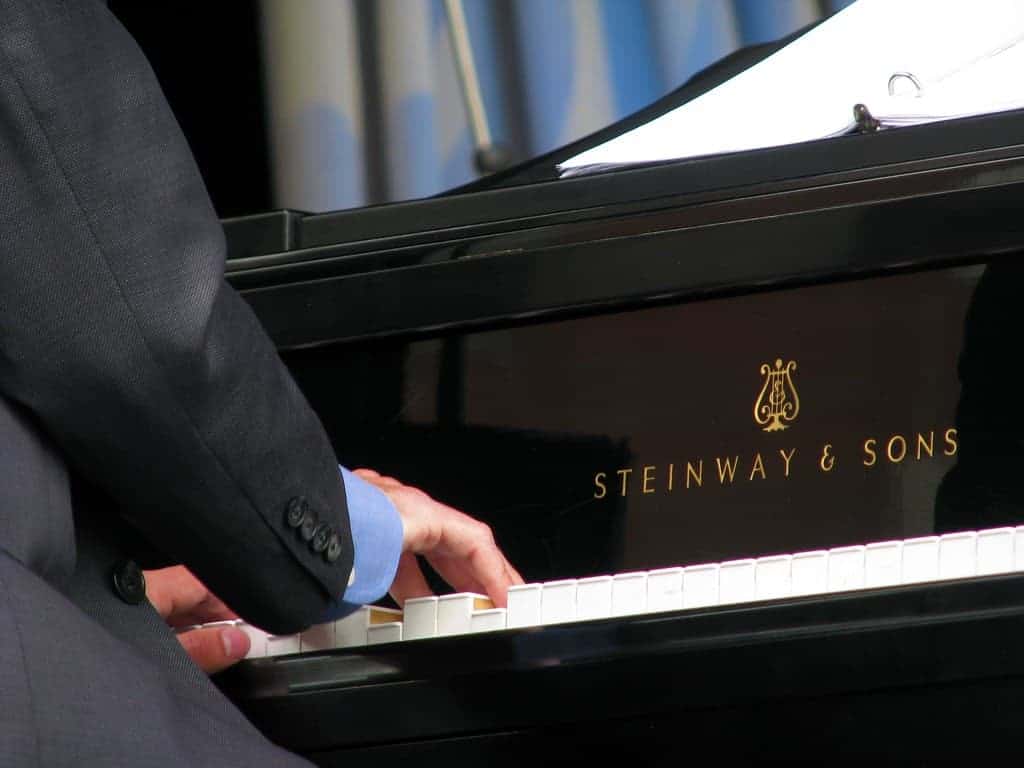 However, this is counterproductive, because scales provide you with three major benefits that will impact your playing of pieces.

Why Fingerings Are So Important 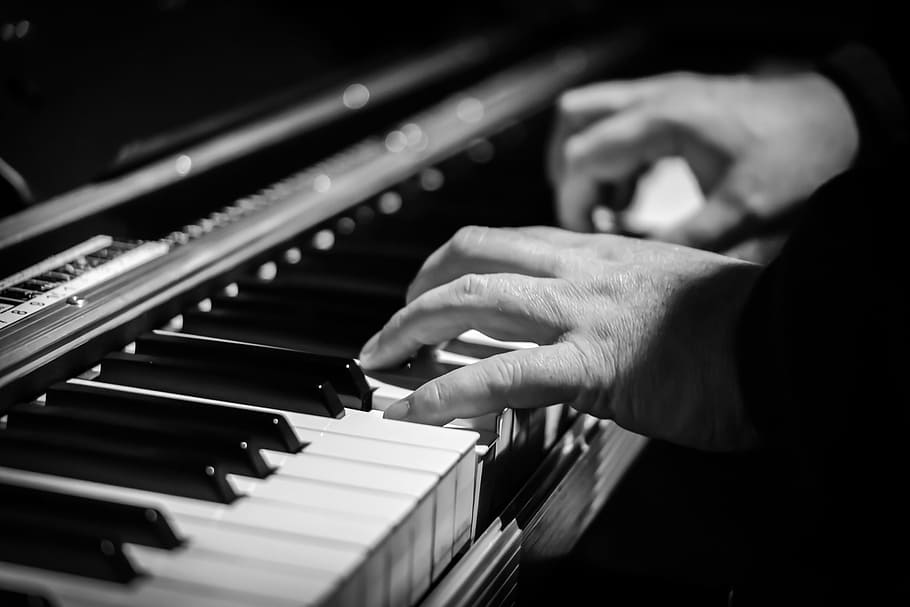 The given fingerings also train your dexterity, and help with smoothness in transition points, for example when you have to pass the thumb under the hand, or pass the third or fourth finger over.

How to Practice Scales

The great thing about scales is that they are exceptionally versatile. For every scale, there’s a million ways to practice it and modify it so that you can extract even more technical benefit out of it.

For example, start with your basic C major scale. Even if you don’t change any of the notes, here’s a few things you could do with it.

However, for those just getting started, or maybe haven’t had experience practicing scales too much, here’s a few tips that you can follow to achieve scale mastery.

Get the fingerings right

Go through every key, every scale, and learn which fingers to put where. This is more important than anything else.

We’ve all been dazzled by those who can play scale passages so quickly their hands just seem to fly across the keyboard. However, nobody who can do this was born able to do it. They had to practice, just like you and I. They practiced slowly and methodically, too. You won’t ever be able to play quickly if you don’t practice the fundamentals as slowly and as carefully as you dare.

This advice stands for any music. When you play slowly, you can identify mistakes and errors in technique much more easily, and you’re less likely to brush over them as you would when playing quickly. Look up my concept of deliberate practice in an article I wrote about practicing the piano efficiently. You’ll be surprised at how quickly you develop your piano-playing skills if you follow my advice.

This is related to the previous point, but you need to use a metronome when you start practicing scales because it will train your internal ability to keep time. There’s no room for rubato in scales; they’re a technical exercise and should be treated as such. That means you should play them exactly in time, every time, unless you’re playing them as part of a piece. 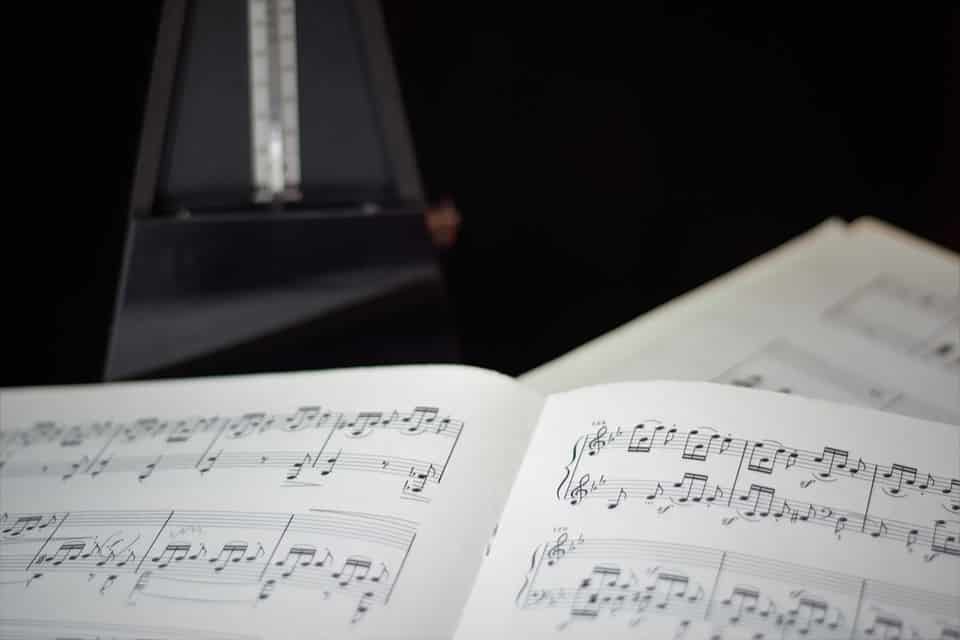 Set the metronome to a slow speed, and run through one scale. When you’re happy that the cross-overs are smooth, there’s no unevenness and the fingerings are solid, you can bump up the tempo a few beats and try again. Keep doing this until you can reach your desired tempo. This is how you learn how to play scales super-fast.

How Long Should You Practice Piano Scales?

There’s no one general rule that applies to everyone. I encourage my students to dedicate about 25% of their practice time to scales and arpeggios, as well as other technical work. For example if a student practices an hour a day, I’d expect them to spend 15 minutes on their scales.

This isn’t a lot, but it’s predicated on them being proficient with their scales, able to play them at a decent enough tempo and not needing to spend time learning new scales. If you’re a beginner to practicing your scales, you’ll need to spend a bit longer practicing them; maybe around 40% or 50% of your daily practice regime. Get comfortable with playing scales and then drop it down to 25%. Your other practice will go much smoother and more quickly as you’ll have the technical facility to play almost anything when you can play your scales.

By the way - if you're a beginner working through a beginner book, you will also want to supplement your exercises and pieces with scales on a regular basis, as these books often don't emphasise the importance of good scale-playing. 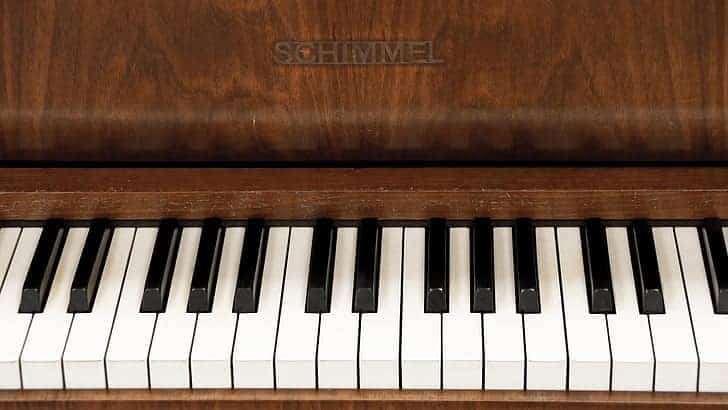 I truly believe scales are much more beneficial to your technique than anything else. You can plough through Chopin and Liszt etudes all you like, but if you haven’t got the basics down in the form of a flawless scale technique, they won’t help you. Learn to play your scales!

What Else Should I Be Practicing to Improve My Piano Technique?

Your scales are a key part of a foundational piano technique, but they’re certainly not the only part. You should also be practicing your arpeggios and broken chords, as well as your sight reading. If there’s one thing I wish I’d done more of when I was at university and practicing the piano regularly, it’s sight reading. Scales and arpeggios will help sight-reading technique hugely, but it’s also something you need to practice on its own.

The easiest way to do this is to buy a book of songs. It doesn’t matter what it is; Strauss or Schubert Lieder, a Schumann or Brahms song cycle; anything. However, I’d stay away from pop music as this tends to be too simplistic and you’ll probably become bored after a while. Open the book, and just play through it. Don’t worry about wrong notes; they simply don’t matter. The key things are rhythm and continuity. Do not stop playing, even if you get lost; make something up. This is most student’s biggest issue with sight reading; they stop even if they make one minor mistake.

Think about it. If you’re playing with a singer to a room of 1000 people, what do you think the singer or the audience cares about more; one silly little wrong note, or the fact that you stopped the music to start over again? The singer will never want to work with you again.

If you’re a proficient sight reader, and you know your scales and arpeggios well, look at practicing some studies as part of your technical routine. Czerny is a good place to start, as well as some of the Bach inventions and sinfonias. Over time you can move onto Chopin studies and Bach Preludes and Fugues. Experiment with the music you like; just remember to keep practicing those scales!