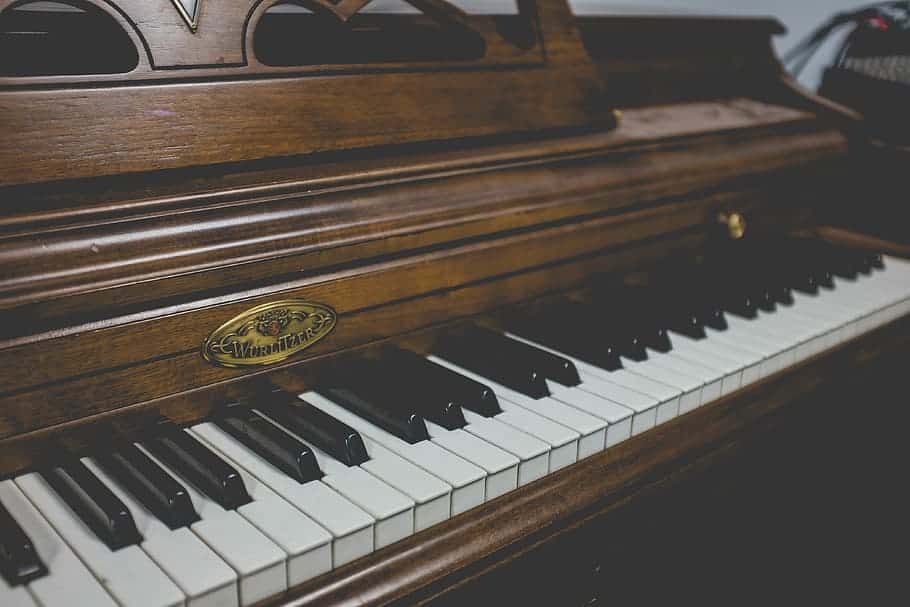 Ultimately, what a piano sells for is down to many factors. A vintage piano like Wurlitzer (they’re not made any more) I’m sorry to say, is never going to go for many thousands of dollars. I’ll explain why in this article. However, the price you get is primarily down to the condition of the piano. How usable is it for another pianist? If it requires many thousands of dollars of work done to it, unfortunately, it won’t be worth much.

Contents show
Piano Pricing; How to Decide?
Who Are Wurlitzer?
Are Wurlitzer Pianos Good Pianos?
Wurlitzer Console Piano; How Much Is It Worth?
But What Do I Recommend?

Piano Pricing; How to Decide?

If you are selling any kind of piano, as long as it’s outside the realm of Yamaha, Steinway, Kawai, etc, the primary factor that will determine its’ selling price is condition. Yamaha and Steinway are two examples I mention, due to the fact that these pianos hold their value so well in the upright market and the grand market respectively.

When you move outside of this coveted realm of brand names, you are much more at the mercy of the condition and age of the piano. The deciding factor is going to be how much the buyer is willing to pay, and how usable the piano is to a pianist. If you’re lucky and you market your instrument right, you’ll come across the right buyer at the right level, who is willing to pay the right price. However, there is almost certainly going to be some form of compromise when selling a piano.

My advice when you sell your Wurlitzer (if you have one) is that you need to do an honest appraisal of the condition and the usefulness of the piano. It's probably not going to be in any way usable by a concert artist, or someone looking to do a degree in music. Likewise, it’s pointless asking $2000 for it if it’s just going to be used by a beginner; there are more affordable and more appropriate options. 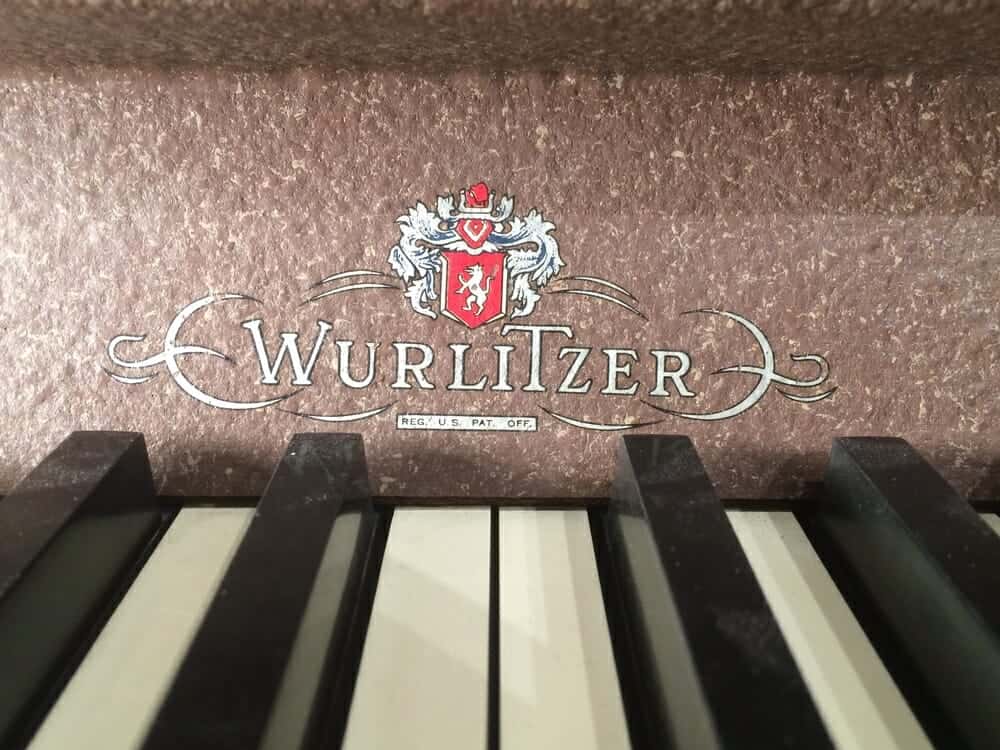 Wurlitzer is an American company, started in Cincinnati in 1853. Initially the company was an import export business, importing stringed, brass and woodwind instruments from Germany into the USA, but eventually they expanded into making pipe organs and player pianos.

Around the 1880s, Wurlitzer began making entry level acoustic pianos, including spinet and console pianos. However, they did also make studio upright and grand pianos, but these are quite rare. I’ve certainly never seen one. The most common examples of Wurlitzer acoustic pianos are from the 1960s. During the 1970s they also expanded into making electric pianos and jukeboxes. Eventually the Wurlitzer company was acquired by Baldwin, who still own it today. Baldwin ceased making pianos under the Wurlitzer name in 2009, and nowadays the company makes replacement parts for historical products, and is also a prominent manufacturer of vending machines.

Wurlitzer’s most famous instruments were almost certainly the pipe organs that were constructed between 1914 and 1943. Some of these instruments still survive today. However, the most common instruments made by Wurlitzer that survive to the present day are their lines of spinet and console pianos made in the 1960s.

I’m going to refer specifically to Wurlitzer console and spinet pianos made around the 1960s in this analysis. Like any manufacturer, Wurlitzer made good and bad pianos. However, the majority of pianos still around today were manufactured as economy pianos, designed for the home to be played by the amateur musician. They were never intended to be used for the performance stage or by professional artists. As a home piano, these pianos are perfectly adequate, but will limit you if you are a professional or you want to practice around three hours per day. 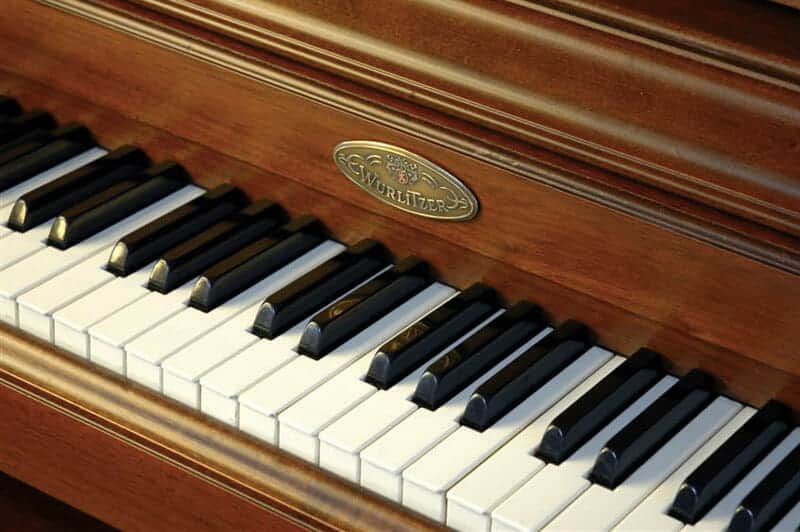 Despite the fact that they are not suitable as high-end musical instruments, Wurlitzer pianos were built very well and are extremely durable. This is one of the reasons that several survive today. They are in no way on par with the build quality you get from a Yamaha, Steinway or Kawai, but compared to a modern piano built in the Far East over the past several years? I’d pick the Wurlitzer 99% of the time.

If you’re looking to buy a Wurlitzer, you need to try it first to see whether it’s suitable for you. Only then will you be able to decide whether you consider the Wurlitzer a “good” piano.

Wurlitzer Console Piano; How Much Is It Worth?

Now we’re on to the crux of this article. What is the average Wurlitzer piano worth?

This is providing it’s a Wurlitzer acoustic piano. Console pianos will be more towards the $1500 end, and the spinet pianos will be cheaper. A console piano will be anything including and above 41 inches tall. You can generally find them in good condition, many with recently replaced or reconditioned parts.

However, if you’re selling a Wurlitzer and you’re not a dealer, you can expect to get near the lower end of the pricing scale, especially if the piano has been well used or if it has any kind of cosmetic or interior damage. If there’s major damage to the piano, such as cracked soundboard, mould or woodworm, I would suggest that you might have great difficulty finding a buyer.

As always, if you’re selling, offer a fair price to your buyer based on the condition and age of the piano. If you’re buying, due your due diligence.

But What Do I Recommend?

I’d actually recommend buying a digital piano over a Wurlitzer. The reasons for this are multiple, but chief among which the digital will take up just as much space in your home, but will be a much higher quality instrument for the money (if you spend around $1000, which is what you’d spend on a Wurlitzer piano.) A good digital will serve you well from the beginner to highly advanced level, whereas a Wurlitzer will start to limit you around the intermediate level.

If you’re interested in buying a digital piano, there are a few myths to debunk. I’ve gone through quite a few of them in my other articles, as well as other concepts around owning and learning the piano.

99 thoughts on “How Much Is a Wurlitzer Piano Worth?”